The Wishing Tree – co-creating the future The mayor of Oslo, Fabian Stang, helped plant our ash-tree of wishes with children from Korsvoll school in the Tøyenpark.

The wishingtree was a participatory and socially engaged art project in collaboration with PLAN, University of Oslo, during the Science and Research Fair in the centre of Oslo. The aim was to stimulate ideas, actions and new perspectives on climate change.  The workshop was mainly aimed at children between 4-12 but was open to the everyone and widely attended by people of all ages. It was based on the story of Yggdrasil – the Nordic myth about the large Ash, the tree of life. Messages and wishes of how we can co-create a more sustainable world were written by the public on colourful, recycled strips of fabric that was tied to the tree. It was subsequently planted by the mayor of Oslo, Fabian Stang, in a small ceremony with children from Korsvoll school in a public park in Tøyen, an area of Oslo.

The exhibition also featured a laboratory for rethinking and rediscovering the world from new perspectives. There were microscopes, exciting books and insect eyes that inspired and stimulated wonder and exploration. We also recorded wishes and ideas to create a more sustainable world and handed out transformative seeds with instructions of how to plant and nurture them into becoming trees. 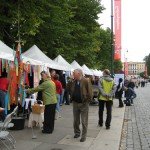 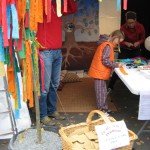 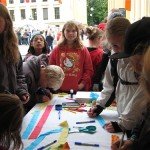 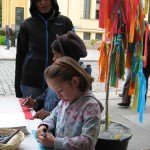 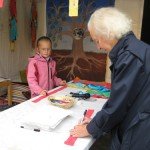 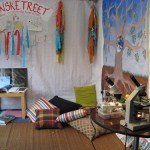 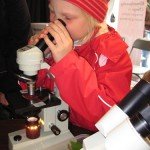 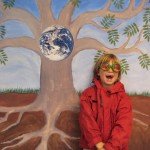 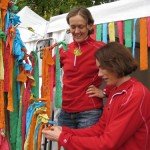 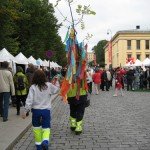 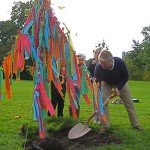