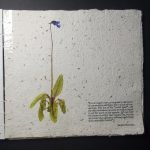 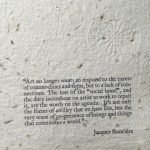 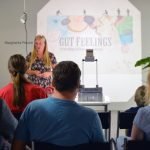 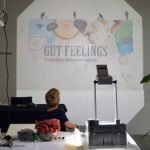 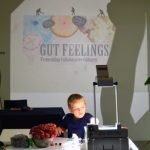 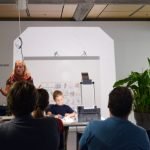 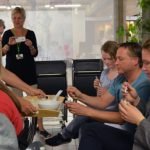 Performative talk. In this performative talk artist Eva Bakkeslett gives a poetic, informative and entertaining insight into her research about the Rømmekolle culture, including tales of crying cows and wondrous bacterial collaborations. (Norwegian & English)

How can we re-imagine human cultures inspired by microorganisms?

In this workshop you will gain insight into how fermentation can be a method for re-imagining sustainable human cultures in theory and practice and help redefine our role as humans to deal with the many challenges we are now facing in the world.

45 min. crash course in reviving and caring for bacterial cultures. An informal and practical introduction to intercultural practices. You will receive your very own Rømmekolle culture.

Inspired by bacterial cultures and the process of fermentation, Eva Bakkeslett has been researching and reviving the traditional, but rapidly vanishing, fermented milk culture rømmekolle that is deeply rooted in Scandinavian culture. Rømmekolle is milk fermented with a bacterial culture that originates from the plant Butterworth. This culture has been passed down through generations and generously shared amongst people till the 60-ies, but has now disappeared as a folk culture.

Rømmekolle Revival is the untold story of a bacterial culture that was so common and important in Scandinavia that people claim they would not have survived without it. It is the story of a loving and mutually beneficial relationship between bacteria and humans, of peoples connections to the land, of sharing cultures with neighbours and the local community and of the caring for and nurturing the family cow that gave precious milk needed to cultivate the culture.

It is also the story of a culture that almost got lost in modern times through modern living and commercial streamlined production. It is the tale of a resilient culture that survived because it emigrated with dedicated cultivators on a handkerchief to the promised land of America, where it lived and thrived in exile for over a century till it eventually found its way back to Scandinavia.

Hear the story, taste the culture and help to spread the precious Rømmekolle by learning how to become a cultural activist with artist and gentle activist Eva Bakkeslett. 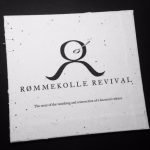